Osona is a comarca situated in central Catalonia, Spain. Its capital is Vic. Its population (as of 2001) is 129,543. Osona covers roughly the same area as the historic Catalan county of Osona. The name Osona comes from Ausetans, a group of Iberian people that had their capital in Ausa (today Vic); the Romans called the area Ausone or Ausona. While most of the comarca is within the province of Barcelona, the municipalities of Espinelves, Vidrà and Viladrau form part of the province of Girona.
Long famous for its sausages (especially fuet) and other pork derivatives, in recent years the area has become somewhat infamous for the pollution of its waterways due to the factory farming of pigs. 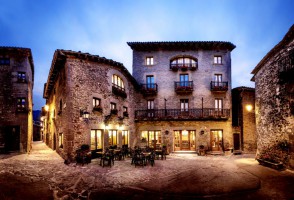 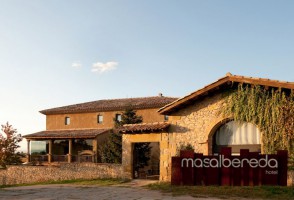